Andrew Bridgen MP has today shown support for British food and farming on Back British Farming Day, recognising the crucial role farmers in North West Leicestershire play in producing food for the nation. 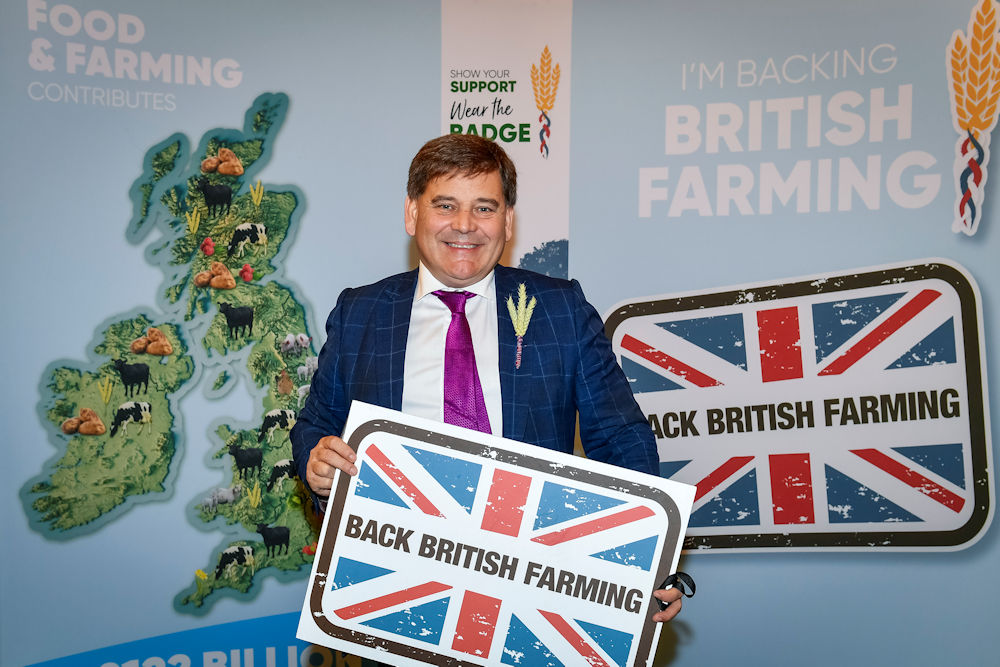 The National Farmers’ Union (NFU) provided MPs with the emblem of the day - a wool and wheatsheaf pin badge – to enable them to join the celebration of British agriculture. Food and farming is a key business sector, worth more than £120 billion to the national economy and providing jobs for almost four million people.

The NFU chose the day to launch a new report which asks for Government to complete a comprehensive report on UK food security later this year, covering the country’s production of key foods and its contribution to global food security. This would be the first meaningful assessment of UK food security in over a decade and the first under the requirements of the Agriculture Act that mandate reporting every three years.

“I’m proud to wear a Back British Farming pin badge today to show my support for Britain’s fantastic farmers and growers here in North West Leicestershire. The day presents a great opportunity to thank the farmers who feed us, as well as take care of our countryside and maintain our iconic British landscapes.

“In the East Midlands, farming is vitally important, contributing £1.34 billion to the local economy and providing more than 33,000 jobs.

“I fully support the Back British Farming campaign which is asking us all to value British food. I will be calling on Government to adopt agricultural policies that ensure farming in North West Leicestershire can thrive and ensure our self-sufficiency does not fall below its current level of 60%, alongside a greater ambition in promoting British food at home and abroad to aid UK food security.”