Andrew Bridgen MP for North West Leicestershire has visited the site of restoration work on the Ashby Canal which has been started by the Measham Land company as part of the wider Measham Wharf project. 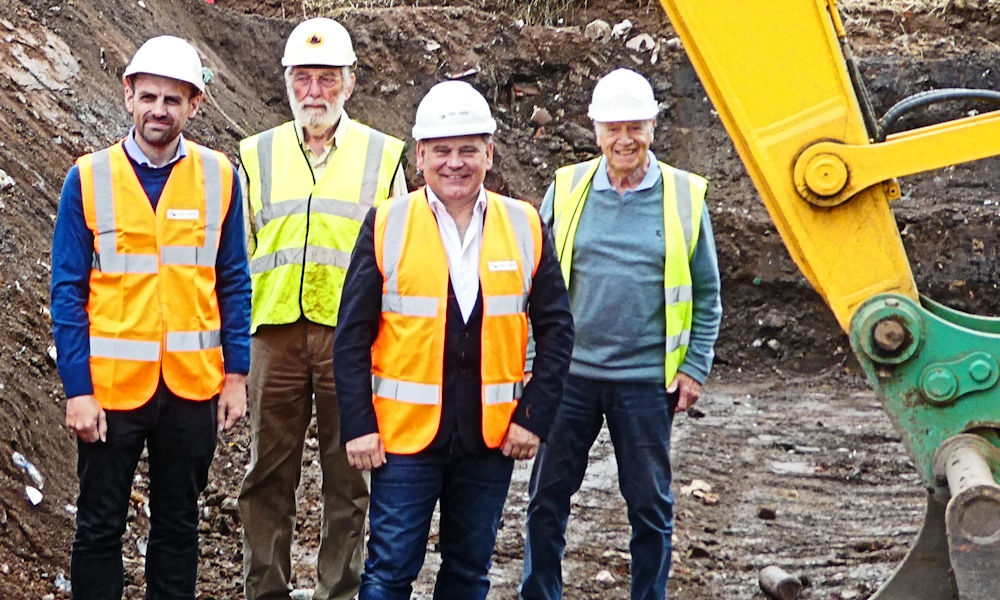 Andrew Bridgen accompanied by Councillor for Measham North Andrew Woodman saw the dug out section of canal, which is part of the original canal that was filled in the 1960’s. When completed the section of canal will span 1.1km at cost of £3m. It will form part of a development of 426 homes, many of which are affordable as well as a wharf development compromising of shops, offices and bistros.

The development has been delayed and is still in jeopardy due to the proximity of the proposed Eastern leg of HS2 which is due to cut across the development. A decision on whether the Eastern leg goes ahead in its current form is expected to be announced by the Government shortly.

“Whilst I am delighted to see a start made on the canal restoration, I am frustrated at the delay and blight that is being created by HS2. I have written to the HS2 Minister to inform him of what is at stake for Measham and the transformational effect this development could have on the village. I have also invited the Minister to see the site for himself and consider alternatives to the current route.”

“It is great to see the Ashby Canal being dug out with the hope of getting it running through Measham again and connecting to both Snarestone and Donisthorpe. I will continue to work with the Ashby Canal Association to do what I can to assist the restoration and support the MP is his campaign against the damage HS2 is inflicting on the village.”

“It is encouraging to see a start on the Ashby Canal restoration works at Measham. There have been many setbacks, and probably more to come, and we do appreciate the support of Measham Land Co and MP Andrew Bridgen in this long-term project."