On Friday 10th October, with awareness of the restrictions of Covid19 and in spite of pouring rain, the Ashby Canal Association was able to show off the results of its ‘Buy a Brick’ campaign.

Down at the Association’s Snarestone base, Chairman of the Ashby Canal Association Peter Oakden outlined the campaign. This is to offer personalised bricks for the parapet of the new aqueduct to be built over the Gilwiskaw Brook, as part of the Ashby Canal restoration project. “Over 160 bricks have been sold so far, at £100 each, supplied by local company, Ibstock Brick”, Peter said, “making an excellent contribution for the aqueduct fundraising drive, which is well under way”.

Nick Rushton, leader of Leicestershire County Counci , Virge Richichi, Chairman North West Leicestershire District Council showed their encouragement for this exciting project.  Local MP Andrew Bridgen is Patron of the Ashby Canal Association, and was voted Waterways Parliamentarian of the Year in 2019. Confirming his support for the Ashby Canal restoration, he unveiled the bricks, which had various inscriptions. Names of loved ones and peoples’ boats are the most popular.

Visitors are welcome to view the bricks, which are currently on public display at Snarestone Wharf, which is open 10 till 4 most days, off Quarry Lane, Snarestone. 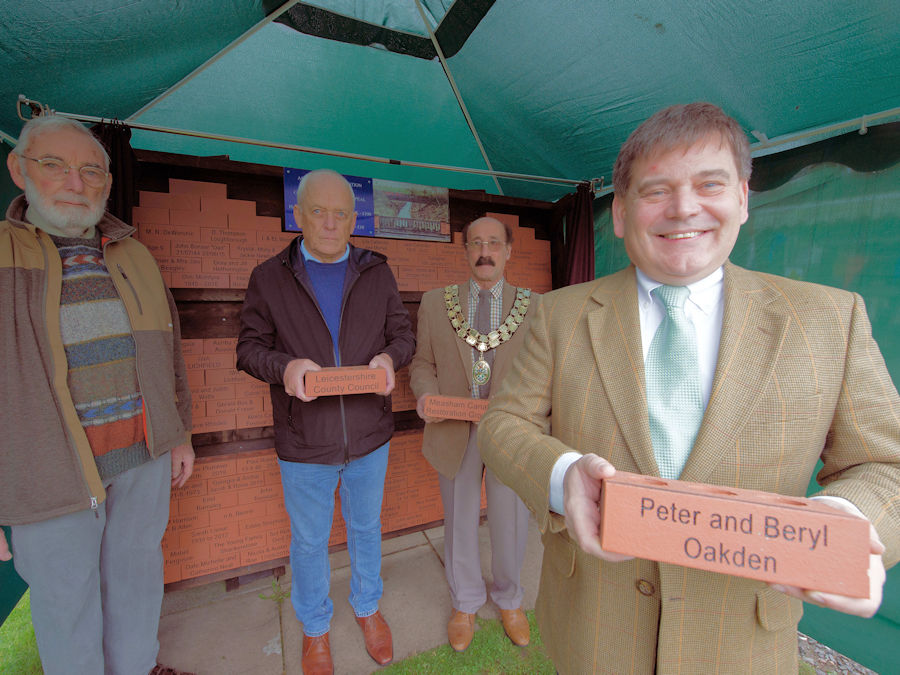