Andrew Bridgen, the Member of Parliament for North West Leicestershire, has met with the Minister responsible for levelling up to push for Government investment in Coalville.

Earlier today (Monday) Mr Bridgen met with Robert Jenrick, the Secretary of State for Housing, Communities and Local Government, to call for a £9 million investment in the town which would see funding for The Lyceum, a new skills, arts and cultural hub for Coalville town centre. 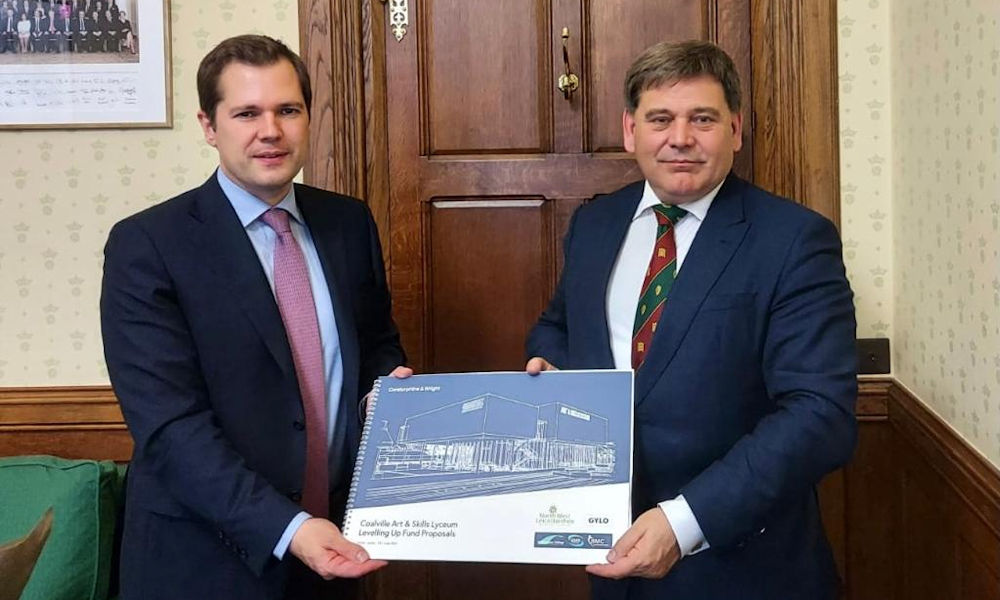 “In the past decade North West Leicestershire has seen excellent economic growth but the move away from high street shopping has been tough on Coalville.

“Coalville is need of levelling up and The Lyceum project would go a long way to delivering that, it will bring people back into the town centre which is so important in delivering regeneration. I expect the Government to deliver for the town and its people.”

The Lyceum is a regeneration bid submitted to the Government’s Levelling Up Fund by North West Leicestershire District Council and the Gylo Trust which would see the creation of a new multi-purpose building bringing together learning; the arts – including theatre, dance, comedy and film; conferences, exhibition, museum and gallery space, and an attractive café / eatery.

After the meeting Mr Bridgen added

“I was pleased to hear the Secretary of State say that The Lyceum project is a very professional bid, I very much hope his Department looks on it favourably.”

Analysis shows that The Lyceum project is likely to bring in at least £4 for every £1 spent as a return in the Government’s investment.