A councillor has called in the support of local MP Andrew Bridgen after his calls to get convenient access to a park for elderly residents have fallen on the deaf ears of parish council bureaucracy.

Whitwick councillor Stuart Gillard had been contacted by residents of Park View who had for many years been able to access Whitwick Park via a side gate which has since been locked.

Councillor Gillard said “The old folk from Park View have always valued their access to the park where they can spend an hour or two watching bowls, or even as a short cut to get to the doctors.

“We’re talking about elderly people who have earnt the right to enjoy their park without the extra distance and often extra pain to arthritic knees.”

The Parish Council have previously refused to open the gate on the grounds of costs and security.

Pat Woods, resident of Park View commented “All we want is to be able to get in the park without having to trek around the block to do so. The gate is there, even if we have to unlock it ourselves. It doesn’t seem much to ask, does it?”

MP Andrew Bridgen said “This is the type of bureaucracy that gives parish councils a bad name. To refuse access to old people through a gate that is already there is simply spiteful especially, when the alternative means having to walk alongside a busy road that doesn’t even have a footpath.

“The Labour run park committee responsible for the decision and the staff who have enabled it need to take a long, hard look at themselves and arrange for the gate to be opened.” 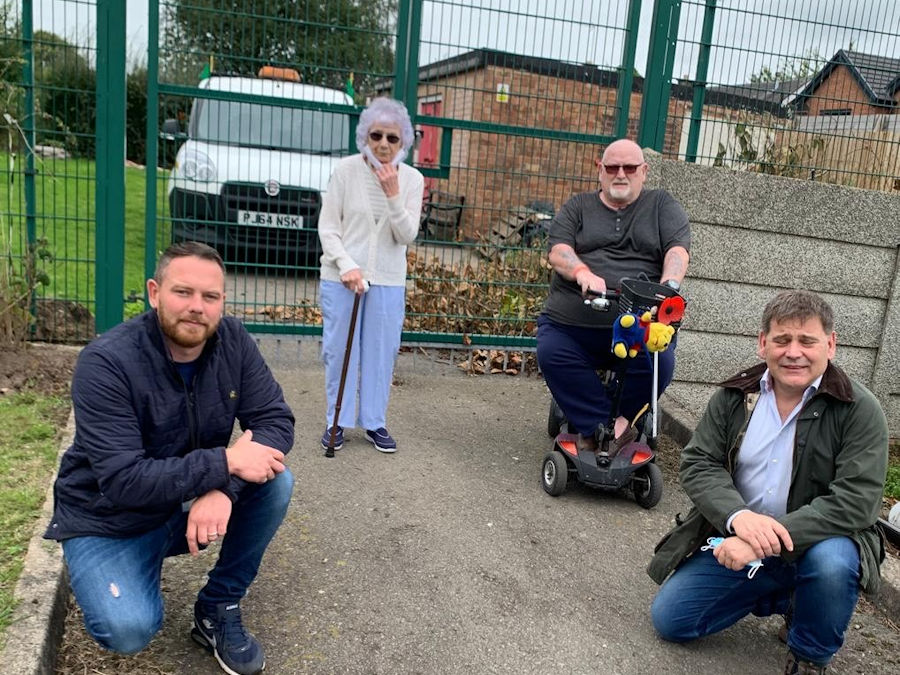