Speaking in a debate on the review of convictions relating to Post Office Horizon scandal which saw sub-postmasters blamed, and in some cases convicted and jailed, for accounting errors caused by defects in the Horizon IT platform, Andrew Bridgen recounts evidence that the Post Office and Fujitsu could access a real-time data of an individual Post Office branch Horizon accounts system which contradicts evidence given in court and shows that the convictions are unsafe and should be quashed. 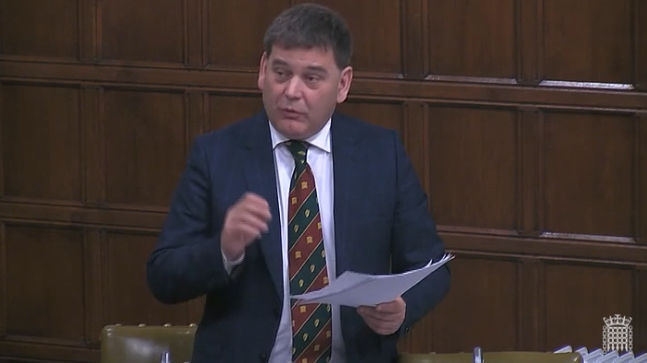 Although I will hopefully make my speech in a little while, I will first make a point that the Chamber might appreciate, based on sub-postmasters’ evidence to me about how they got into the position of being forced to admit guilt due to false accounting. The system did not balance when they came to close down at the end of the day. They knew they had not done anything wrong, so they looked for the fault and checked the stock for a compensating error, by which time the helpline to the Post Office was closed. Under the contract that those sub-postmasters had signed—a very onerous contract that was slanted in favour of the Post Office—they could not open their post office the following morning unless they closed off the books that night. That left them thinking, “It will be all right in the morning; I will find the fault tomorrow.” In that moment of closing off, they were guilty of false accounting—something that was held over them all the way through the process with the Post Office.

From a legal perspective, false accounting is not a strict liability offence, so there is an opportunity to defend against that allegation. However, the hon. Gentleman is absolutely right to say that those sub-postmasters were put into a position where they could do nothing but make those false accounts. That is why I think this is the most disgusting example of predatory capitalism that I have ever come across. I say that because Post Office Ltd, along with Fujitsu, invested £1 billion in that IT system. I suspect that senior people within Post Office Ltd were desperate to maintain the reputation of the Post Office, but also, sadly, to maintain their own reputation as senior people within that business. I think people misled from the very outset.

It is a pleasure to serve under your chairmanship, Mr McCabe, and I congratulate my hon. Friend the Member for Telford (Lucy Allan) on securing the debate. I will keep my offering reasonably brief, because I hope to speak in greater detail during the Backbench Business debate on Thursday 19 March.

It is worth reminding Members present of the points I made in this very Chamber during a debate in December 2014. They are credible evidence that the Post Office knew about the flaws in the Horizon system throughout the whole time it was prosecuting sub-postmasters, and that it tried to suppress evidence and the investigation that we, as a group of MPs with the help of Second Sight, were running into the activities and efficacy of the Horizon system. They illustrate why these convictions are unsafe and should be quashed.

This whole issue first came to my attention because of the plight of one of my constituents, a Mr Michael Rudkin, who for 15 years was a sub-postmaster. He had served as the most senior member on the national executive of the NFSP and as chairman of the federation’s negotiating committee, where he was responsible for negotiating with Post Office Ltd and Royal Mail Group. He is an experienced sub-postmaster who was very much on the side of the sub-postmasters. I will share his experience, because he was well aware of problems in the Horizon system.​

Mr Rudkin’s story really starts on Tuesday 19 August 2008. In his official capacity as a negotiator on behalf of the sub-postmasters, he was invited to a meeting at the Fujitsu and Post Office Ltd offices in Bracknell to discuss problems with the Horizon system. When Mr Rudkin gave me this evidence, I had no doubt that he was telling the truth—he was an honest man—and a Fujitsu whistleblower has since come forward to confirm everything he said.

On his arrival that Tuesday morning, my constituent signed the visitors’ book in reception and waited for his chaperone, a Mr Martin Rolfe. Mr Rolfe took him to the second or third floor, and they entered a suite where Mr Rudkin recognised Horizon equipment on display on the benches. There was only one other person in the room, a male of approximately 30 to 35 years old, who was reluctant to engage in conversation when he realised that Mr Rudkin was a representative of the sub-postmasters. Mr Rolfe asked Mr Rudkin to follow him through a number of pass-protected security doors and down some stairs. They went down to the ground floor and entered the boiler room. Mr Rudkin states that a number of men dressed in casual office wear were standing around the doorway. They became very uncomfortable about Mr Rudkin’s presence and left.

Having entered the boiler room, Mr Rudkin instantly recognised two Horizon terminals. There were data on both screens, and an operative was sitting in front of one of them, on which the pure feed for the Horizon system came into the building. Mr Rudkin asked if what he could see were real-time data available on the system. Mr Rolfe said, “Yes. I can actually alter a bureau de change figure to demonstrate that this is live.” He was going to alter a figure on a sub-postmaster’s computer remotely. Mr Rolfe then laughed and said, “I’ll have to put it back. Otherwise, the sub-postmaster’s account will be short tonight.”

The Post Office, throughout its prosecutions, relied on what it stated in court and in evidence to the panel of MPs six or seven years ago, that there was no remote access from its headquarters to individual sub-postmasters’ computers. The moment that we established that, years ago, every single one of those convictions was unsafe and the Post Office knew it.

Mr Rudkin obviously raised his concern in 2008. He had been told the same as everyone else, that no one could access the computers remotely and any shortfall was therefore bound to be down to the sub-postmaster. When they realised who he was, he was escorted from the building very quickly. He was taken to reception and told to leave.

Mysteriously, and ominously, the next day, Wednesday 20 August 2008, a Post Office Ltd auditor, a gentleman Mr Rudkin knew, Paul Fields, arrived at Mr Rudkin’s sub-post office in Ibstock in my constituency. He proceeded to tell Mr Rudkin that his branch had a loss of £44,000—a loss that he knew existed before he had even looked at the system on Mr Rudkin’s computer.

Mr Rudkin was absolved of all knowledge of the loss by Post Office Ltd, but he was ordered to pay the money back. He paid it at a rate of £1,000 a month from his salary. As we have heard, the sub-postmaster is completely ​liable under the contract for all losses. As he points out, why would someone steal money from themselves when they know that they will have to pay it back?

After Mr Rudkin had paid £13,000 back to Post Office Ltd, the Post Office started proceedings against his wife for false accounting. We have heard it all before. It also applied for a confiscation order on his property and had his bank account frozen under the Proceeds of Crime Act 2002. Mr Rudkin has since cleared all his debts to Post Office Ltd, but in the process, he has lost his business, his reputation, his position as a magistrate, some property and his good name, and he has been unable to work since. His wife was prosecuted and had to complete community service having been warned that she could face a prison sentence unless she pleaded guilty.

Is the hon. Gentleman aware that the Post Office was given prosecution powers, which meant that the prosecutions it brought did not have to go through the Crown Prosecution Service for review, as normal prosecutions would? It abused those powers, as far as I am concerned.

The hon. Member for Telford made it absolutely clear that the Post Office and the authorities should hang their heads in shame about how they acted.

I appreciate the experience that my hon. Friend brings to this debate. Through our investigations years ago, we discovered that the Horizon system had a suspense account in it. It was a flawless system, yet it had a suspense account, where unallocated funds ended up throughout the whole system. The surplus—and it was a surplus—ran to hundreds of thousands of pounds a year, and after three years it was returned to the profit and loss account.

Steve McCabe (in the Chair)

To date, my constituent has had no money back, like many others. They have had no indication of when the money is coming back and we are sceptical about how much they will get back.

What is the hon. Lady’s view of the situation for sub-postmasters who were coerced into pleading guilty? What should they get in response?

I see them as being as much victims of the Horizon scandal as any person who was taken to court, and they should be financially compensated. This is a national scandal, and the biggest involving IT in the public domain so far.